What do you do?

What do you do when you have all the time in the world, you aren't sick, you literally can't go anywhere because there is nowhere to go?  What do you do when the mail isn't delivered, trash picked up, stores, restaurants, churches, schools, government offices, businesses, libraries are closed? What do you do when you are in day 4 of this with day five looming the same?   What do you do when you have this kind of time and remember  all of the things you SAID you would do if you had this kind of time?
Day one is novel.  You look out the window, watch it snow, cheer the plow when it shows up.
Day two you hunker down because the wind is strong, the temperatures are below zero and the wind chill is negative double digits.  You are glad there is nowhere you have to be. You sew a bit. Watch The Godfather on TV.
Day three you sympathize that the mail carriers are safe and the trash pickup is cancelled and get out your old VHS of A Town Like Alice, the movie you watch when the weather is like this because everyone in it is sweating. And you sew some more.  Taking care of that project using scraps.
Day four it's all a bit old. But the sun is shining brightly and it  IS beautiful.  Everything is still closed so there's nowhere to go even if you could. Yes, yes, I could tackle some spring cleaning jobs but I need open windows and singing birds before I'm in the mood for that.

So.  It's time to test.  For a couple of years I've been looking for a brownie recipe that comes close to what my dad's mother made.  Neither my brother nor I asked her for it and we loved it.  It was different.  The chocolate flavor was mild, the brownie looked less dark and dense.  I've tried a few but didn't like them.  I didn't even give them to my brother to taste test.

Then, a couple of weeks ago I started to think about where SHE might have gotten her recipe.  It was the 1950s.  I remembered the German chocolate cake she made, that made me think of the Baker's chocolate pamphlet I have had for years.  I tore the house apart looking for it, but we are two moves removed so it could be tucked in anywhere.   Then, then I thought of good ol' Betty.  And I remembered this little book that was mine when I was a kid.  And yes, I still have it.
Then I found my mom's old and much used Betty Crocker cookbook from that era and looked up the brownie recipe.  The recipes in the two books were the same. 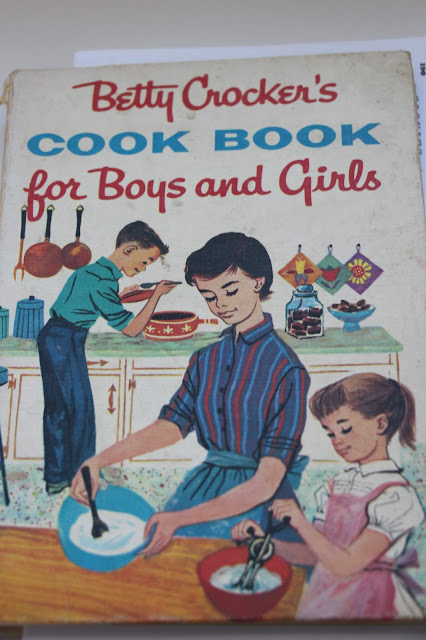 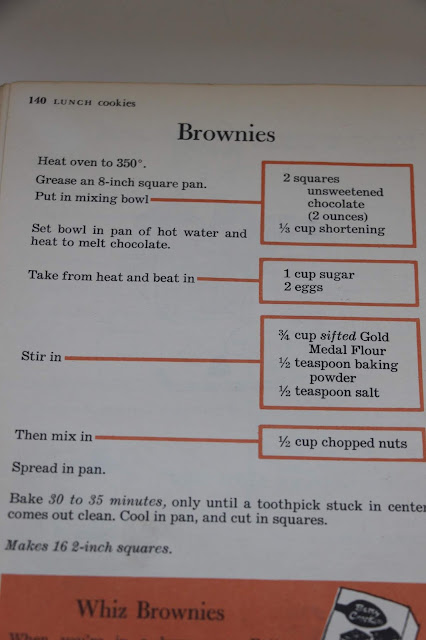 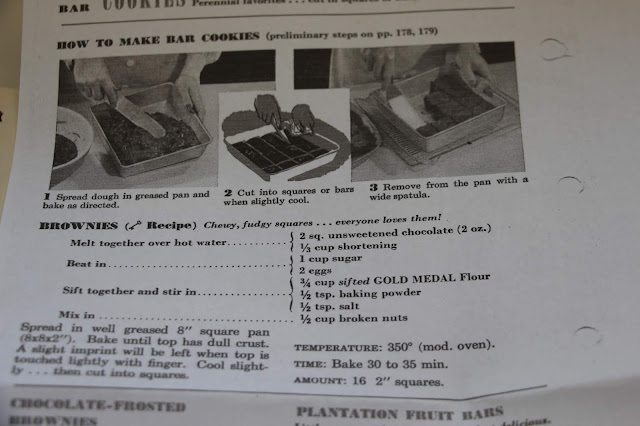 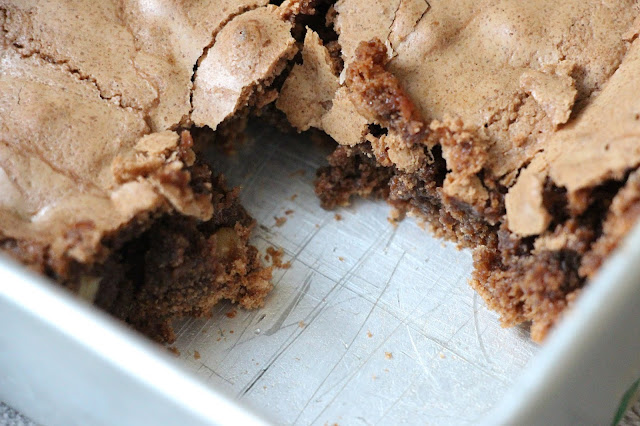 I think this is it.  I'll have to wait awhile till my brother, the official taste tester for these brownies comes home from basking in warmer climate. But I think this is it.  It makes sense. She would have used this book, the edition of the  book itself is from the 50's and when I took a bite, I said, "yes!" 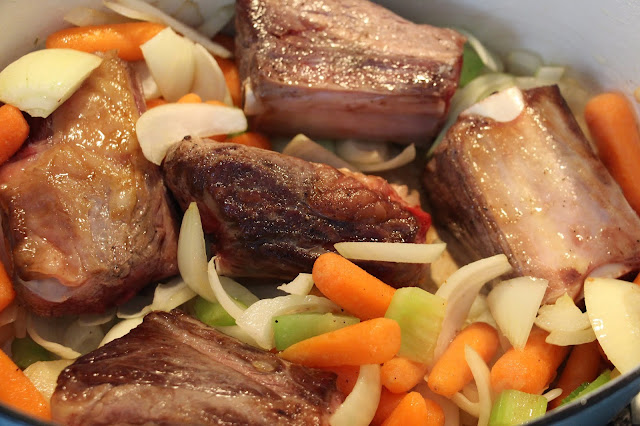 As long as the oven is on I put some beef shortribs in for the afternoon.  I've never made these before but all the recipes I've read make it sound like a take on beef stew so I got it. 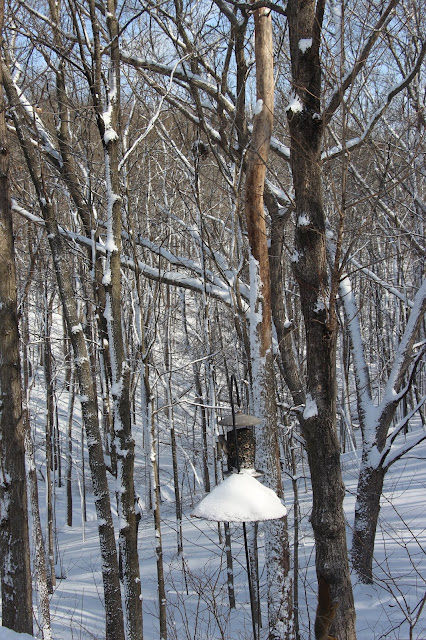 It truly is beautiful out there with the sun shining on the pristine snow but looks can be deceiving. 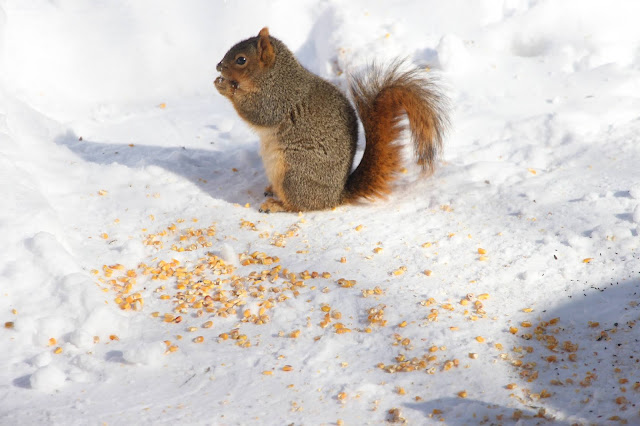 Every morning I restore the store for the critters. 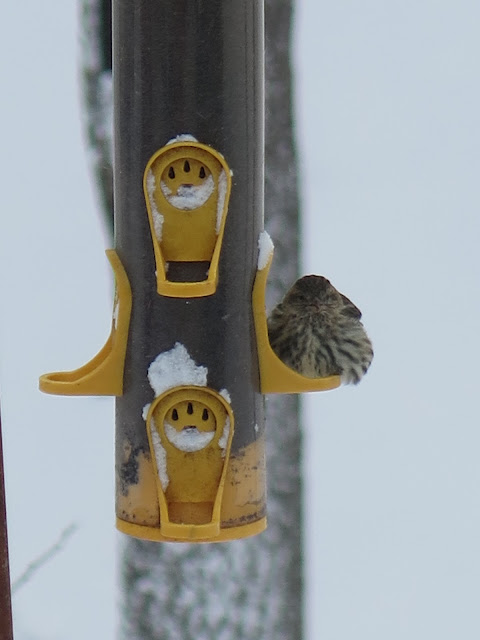 The birds are so intent on keeping their little bodies warm yesterday I even touched this little finch before it would leave so I could refill the thistle. They don't go far.  They hop onto the nearest branch and wait till I put the feeders back and before I'm in the house they've returned to eat. 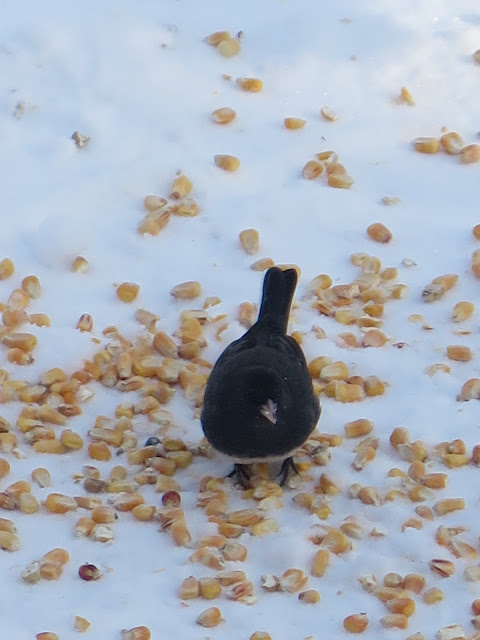 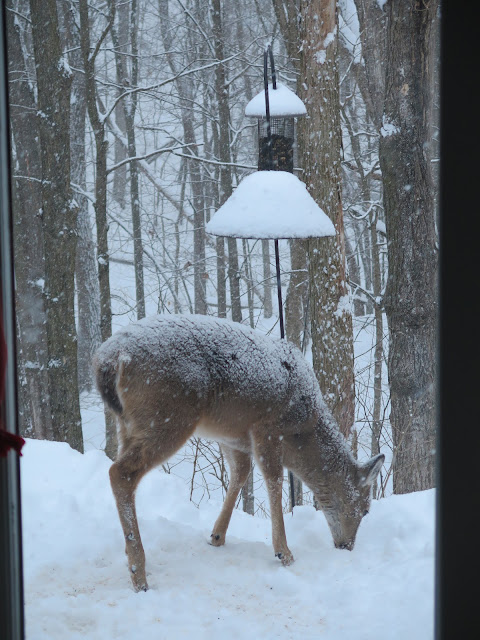 And look who was scavenging yesterday morning.  Poor thing. You can see how close to the house she is. 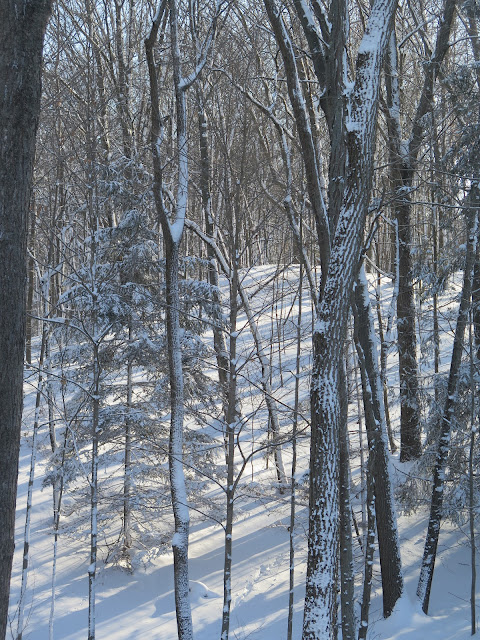