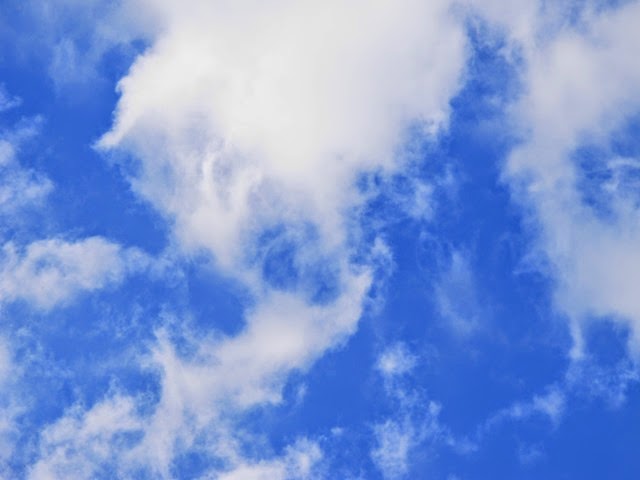 It's that time of year again.  People are making plans to be better than they think they already are.  They're going to be thinner, drink less, stop smoking, read more, organize their lives, organize their stuff, eat breakfast, exercise, be nicer to their kids.  There's probably more that I haven't even thought of because I don't think of New Year's resolutions anymore.  Never much did.  Because I discovered when I was a much younger person that I'm weak. I have no will power.  And given the choice, sometimes I just long to be lazy.  I can keep a New Year's resolution for about 15 minutes.  Then something gets in the way and I've fallen off the wagon. I've come to think of New Years resolutions as a very long Lent.

It seems to me that looking back on the year past and taking stock of the good things that came our way, appreciating the little things, is a better way of improving one's outlook on life. In a wonderful book called Time Stops for No Mouse by Michael Hoeye, Hermux, the main mouse, took time every night to keep a little journal (it would be little wouldn't it?  He's a mouse.) In his journal he wrote a note of thanks for the things that happened during that day.  Some were very small, inconsequential things.  But the point is, Hermux noticed them and remembered them and was grateful.  I think it made Hermux a better mouse.

So, not to belittle anyone who thinks that with a New Year's resolution they can become a better person and strives for it and works on it, I say God love ya. Keep me in your prayers!  But I think you're ok just the way you are.

When you open a gift you hold it up and show it around the room for admiring and thanking, right?  Well, here I am holding up my gift from my Secret Santa Maria, all the way from Queensland, Australia! 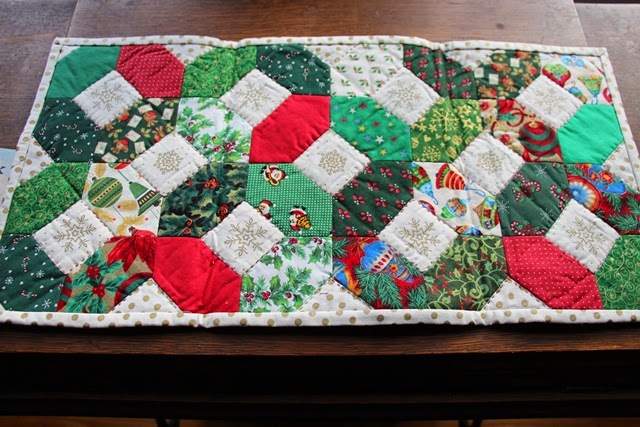 Maria sent this beautiful festive table topper. The centers of the medallions are snowflakes, which I'm sure she never sees in the tropics of Queensland, but we see plenty of.  And the rest is a potpourri of Christmas fabrics.  I forgot to take a picture of the back, little koalas! 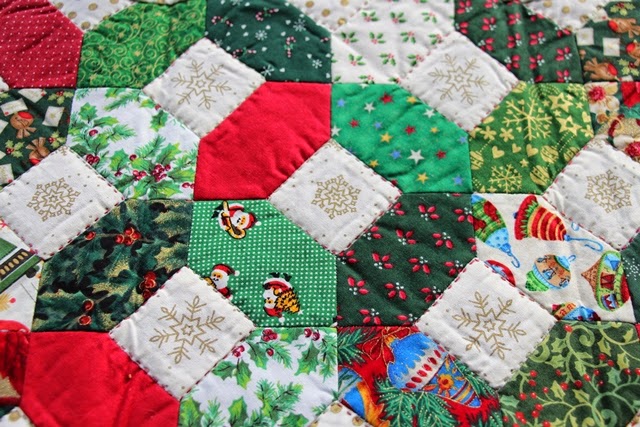 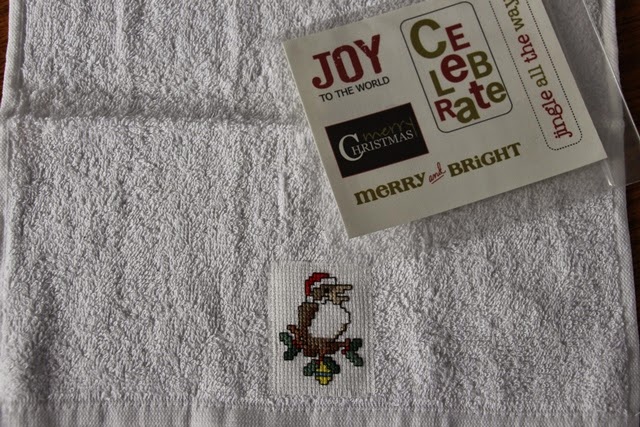 And this little washcloth with an cross stitch kookaburra ( I love birds and Maria discovered that) celebrating with a Santa hat, and some iron on labels. 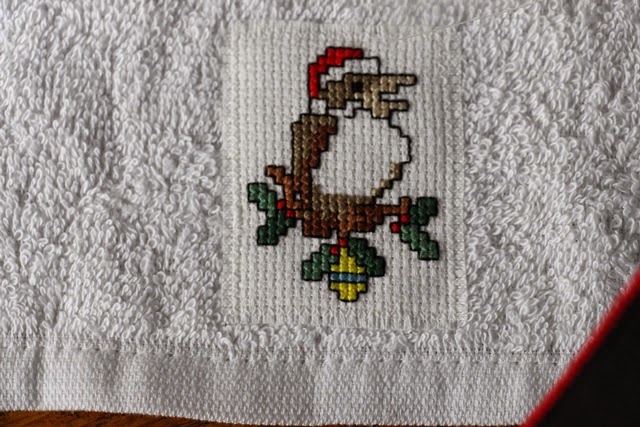 Maria, it's a beautiful gift and I love it!  Thank you for being my Secret Santa! I know we'll keep in touch!
That's been the beauty of this Secret Santa Christmas Swap.  Besides having the fun of making something you hope will be special to someone you've never met, it's because  of the swap that we do meet and many times maintain the contact far beyond Christmas.

On the horizon I could see one of those stunning sunsets setting up so I grabbed the camera, put my shoes on and found it just behind this tree.  Every once in awhile the sunsets just take your breath away. Go to the Denice's Photos button on the right for an example. 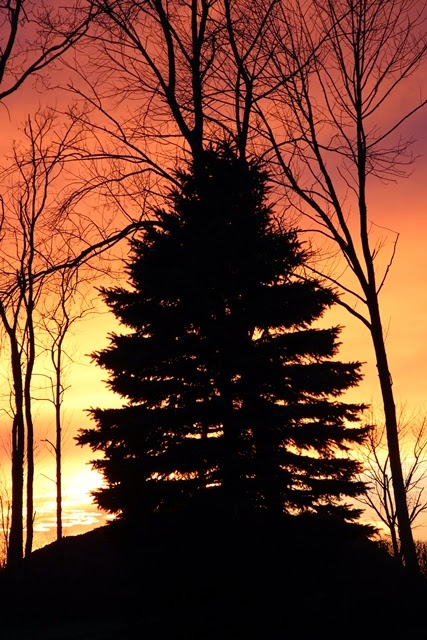 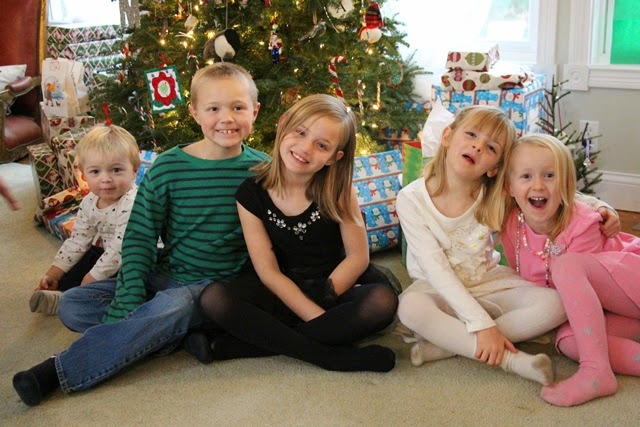 I woke this morning to the first sunshine in weeks coming in the bedroom window. In fact, they said on the news this morning we've had 7 minutes of sunshine this whole week.  So I grabbed the camera and put my slippers on and went outside (yes, in bathrobe ) to see if it was true. 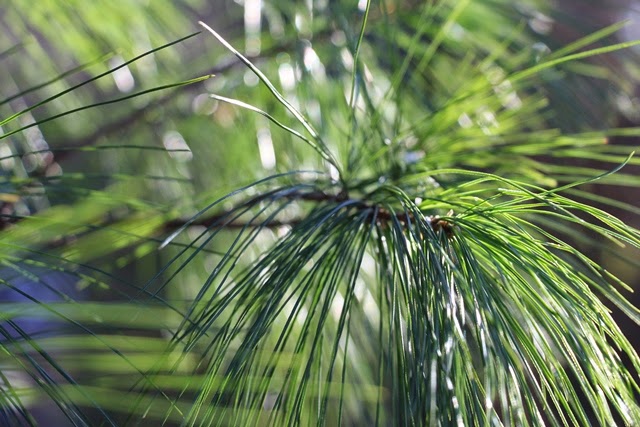 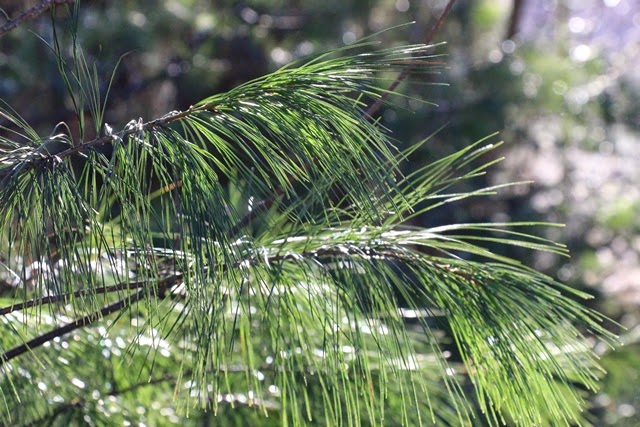 As Chimney Sweepers Come to Dust by Alan Bradley


Oh, my,  this Flavia DeLuce is a smart kid.  Flavia is now twelve years old and is sent from her home in England to Canada to boarding school.  The reasons are a big mystery that I don’t think are ever really addressed.  We only know Flavia’s mother and aunt were students at this same school and we are teased with the mystery of a secret. As a former student, her mother is revered.

Flavia is horribly homesick and stuck in a place she thinks does not understand her talents.  Coupled with the confounding secret
(she knows she is being tested but she is told not to trust anyone) she decides, as usual, to take things into her own hands.

And she must.  Because the first night in her new surroundings, in a lonely bedroom, she is attacked by a fellow student and a body falls out of the chimney onto her floor.  The story takes off from there.  You can’t help but go along for the ride.

Flavia is told the school is haunted, three students recently and suddenly disappeared, as soon as she seems to befriend someone she is left alone again, the school matron runs hot and cold with her, sometimes giving Flavia a punishment that only benefits Flavia, and other times acting as if she would wipe her shoes with her, the school doctor and his wife are portrayed as rather sleazy, not to be trusted.

I found the large cast of characters, some not even physically there, a little confusing, but in the end as Flavia figures out who the body belongs to and how it got inside her chimney and who put it there I found myself thinking, “ohhhh yeah, ok, I see where that went.”  Obviously Flavia is a lot smarter than I am.

Anyone and everyone will benefit from Flavia’s company but wow, if you have a pre-teen reader in your household, you will be well advised to introduce Flavia into their life.  This isn’t a book you’ll find in the children’s section at the bookstore, but there isn’t anything in it that I wouldn’t share with a preteen/teenager.  There is murder, of course, but tell me what they watch on TV or see on YouTube is wholesome.  Flavia is a smart, innovative, savvy young lady and anyone will learn from her as she deduces these mysteries.   What a role model!
Posted by Denice Barker at 12/17/2014 No comments:

Labels: As Chimney Sweepers Come to Dust by Alan Bradley 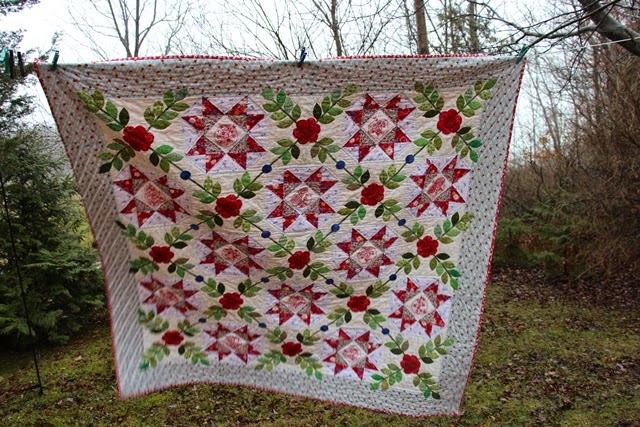 This quilt was three years in the making, and in that time it's been to three retreats with all best intentions of being worked on diligently and I finally got far enough last October to see that if I put nose to the needle I could actually finish it. It suffered the indignity of being folded into a drawer as I worked on many other projects in those three years, always on the back burner but still nagging at me. I love putting the last stitch in a quilt and then unfurling it for PH to see.  Last night I kept a progress report going..."One more foot!"  "Yes, I want some ice cream but I have about 6 inches to go!"  "One more inch!"  "DONE!  Where's that ice cream?" 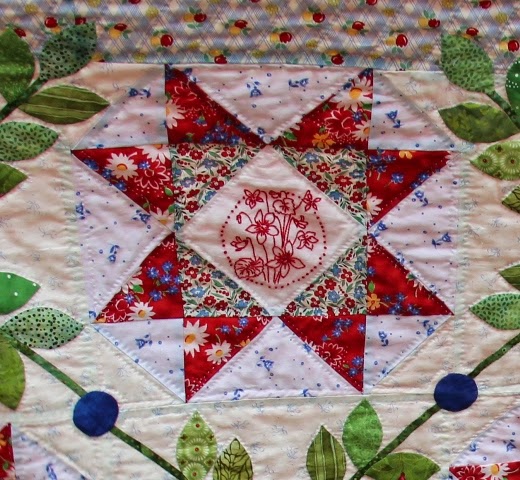 My mom embroidered the flowers I used for the centers of the Ohio star blocks. Each center is a different flower. She loved to embroider and I kept her busy with lots of projects while she still had the eyesight and brain power to do them.  We all have tablecloths, pillow cases and table runners she made and of course now think of her when we use them. 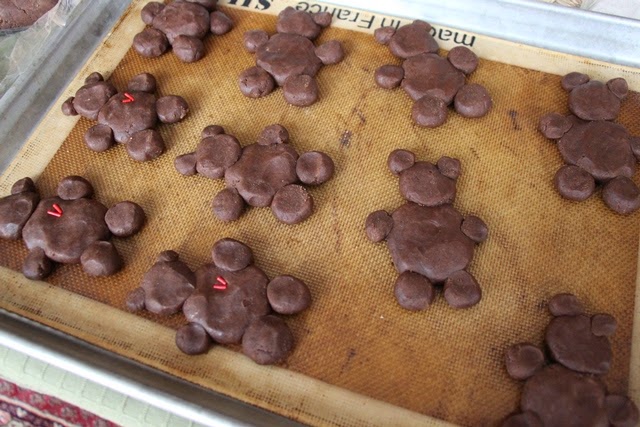 I made chocolate teddy bears yesterday.  I thought I should put in the effort of some Christmas cookies since the kidlets are all coming this weekend for our Christmas. I haven't made these in a few years and who doesn't like chocolate?  See their little red hearts? 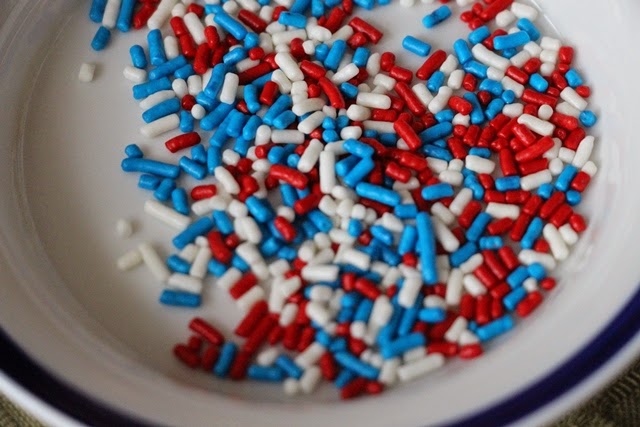 I picked out the red sprinkles to make their hearts. I made eyes with toothpick pokes and that's it for decorations.  Simple and yummy.  This weekend they'll all be on sugar overdrive so a simple chocolate teddy might be just the thing.

Lives in Ruins by Marilyn Johnson

Many, many years ago I fancied I would become an archaeologist. Ever since I could remember I have wanted to know who discovered, who was the first to figure out, who knew?  Who discovered this particular plant, if pounded and pounded and pounded and mixed with urine would produce something that could be woven into cloth?  How did they know which plants were medicinal and which were poison? Who figured out each mammal’s brain is big enough to tan their own hide?  I figured that was archaeology.  Digging for answers.

Lives in Ruins takes us on a very, very readable modern day journey to meet the archaeologists of today.  We follow the author as she chases some of them down in very remote sites. Her tenacity is rewarded with digging seasons as an amateur and shares with us a first hand look at what the archaeologists endure to find the answers.  The jobs are scarce, pay is paltry, the working conditions sometimes dangerous, usually hot, always dirty, hours are long.  They persevere in the face of laws, property rights, lack of funding.  Why? Why do they do it? Because they must.  It’s in their DNA to do this work for us. To search amidst the dirt and rocks for some sign of life before. Their passion is our benefit.

The author raises the point of contemporary archaeology.  The five minutes ago.  The room you just left.  The meal you just ate.  I remember when my daughter was a child telling her history was what she did yesterday.  It isn’t just the names of generals and the dates of battles.  It was the doll she played with and the food she ate. As soon as the moment is passed, it’s history. Today she is the director of a museum.

I loved reading this book late into the night, imagining the truth behind Indiana Jones.  If you are in the least interested in archaeology or know someone who is entertaining thoughts of taking this path, your money will be well spent with this book.