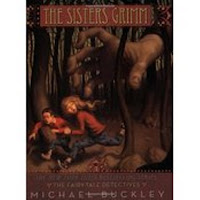 For sixteen years I had what was for me, a dream job.  I was in charge of an elementary school library and for a few of those years the school encouraged a book club for the top readers in the third and fourth grade.  I thought it was a great way to introduce books to these high readers that they might not choose for themselves.

But then I remembered something.  I remembered what I didn’t think I would like about a book club.  While I understand the concept of introducing new genre into my life, I also know what I like.  And what I don’t.  And since my shelves are heavily weighted down with books that are waiting for me,   I don’t embrace the idea of having to read something I don’t want to read or wouldn’t choose for myself.  Of course I talk books with my booky friends and we share recommendations and I read some of those recommendations!  What’s the point of having booky friends if you don’t do that? I also didn’t want to have to put aside something I was currently reading to start something new for the next meeting.  To me, reading is breathing but I am a slow reader.  I don’t skim. I don’t knock out a book in a day.   Remembering what I didn’t think I would like about a book club, I was now charged with starting one for 8 and 9 year olds.  Boys and girls together.  Hmmm…
The first thing was to give them control.  The very first time we met we talked about what genre they enjoyed.  Mystery?  Contemporary kids doing things they would do or like to do?  Fantasy?  Adventure? Funny?  I took notes.  Then I went shopping.
Now the planning.  Kids are busy these days.  Soccer, baseball, gymnastics, music, split families. They need secretaries, all of them.  So we looked the book over and I told them they should decide how many pages they could finish in one week.  Only they knew their schedules.    Each week they talked it over among themselves and set the criteria.  Some weeks they thought they could finish 10 pages.  Other weeks they thought they could do 50.  Spring break?  100 pages.  But I didn’t decide that, they did.
I didn’t prepare a list of questions for them each week, either.  I asked one question when we met. “So, what did you think?”  I didn’t usually have to say more. From the start I told them this was their group and all of the action didn’t depend on me.  They discussed and discovered for themselves.
Was it perfect?  No.  There were times someone dropped out.  Sometimes I had to disinvite someone.  Once a parent disapproved of one sentence in a book and her child had to leave.
When we finished a book I tried to organize an activity that related to the book.  Once the author was local and she came in, had lunch with the kids and gave them each a typed copy of the first chapter of her next book.  Rock Star!!!   Another time as I was wandering around the internet looking for some idea I could relate to the book The Sisters Grimm by Michael Buckley, I found his personal email address.   I contacted him before I left for lunch that day and asked if he would mind questions put to him by the kids.  When I returned from lunch he had already answered that he would love it.
The kids wrote out their questions, I sent the email and he answered immediately, individually and with immense respect for their inquiries.  He was also elevated to the Rock Star pedestal.
My favorite story of them all is a story about that book.   That particular year the book club consisted of 7 girls and one boy and believe me, choosing a story called The Sisters Grimm: Fairy Tale Detectives did not excite him but he was a trooper, he said he would go with the flow.  A couple of weeks later he came to the desk to check out book three in that series.  I looked at the book, looked at him, looked at the book, looked at him.  He said, “ I read the second book to prove to myself I didn’t like it.”  And here he was checking out number three.

Thrice the Brinded Cat Hath Mew’d by Alan Bradley
I think we would be hard pressed to find another character like Flavia DeLuce, nor one we wished we could be ourselves.  I will never get a critique of one of Flavia’s adventures down as well as  Friend Laurie will, and knowing that I won’t even try.   Let me just tell you a little about this latest adventure.
Flavia is sent home from boarding school in Canada but upon her arrival back in England she discovers instead of the grand homecoming she was expecting, Buckshaw House is uncharacteristically quiet.  Her father is in the hospital with pneumonia, her sisters and cousin could care less that Flavia is home and even worse, Flavia is not allowed to visit her father in the hospital.
Devastated, at a loss, and only a couple of days until Christmas, Flavia and Gladys (her bicycle) find themselves roaming the countryside.  After a visit with the vicar’s wife, Flavia is sent on an errand to a reclusive woodcarver.  Flavia being Flavia, a closed door doesn’t mean much. She enters his quiet house and searches.  He is after all a recluse, so he should be home, right?  He is.  But he is dead and mounted upside down behind his bedroom door.
Well, this is exactly what Flavia needed.  A new dead body and a mystery.   Now, go have fun and read it yourself.  You won’t be sorry.
Posted by Denice Barker at 8/22/2016 No comments: