Today was PH's birthday.  One of the big ones.  The kind you either celebrate or run from.  We chose to celebrate because come on, you just have to! 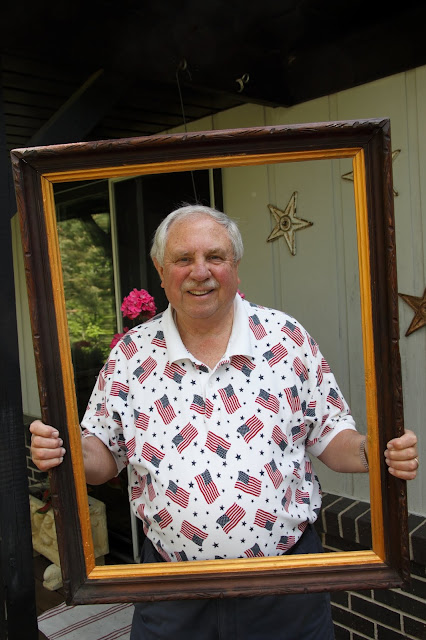 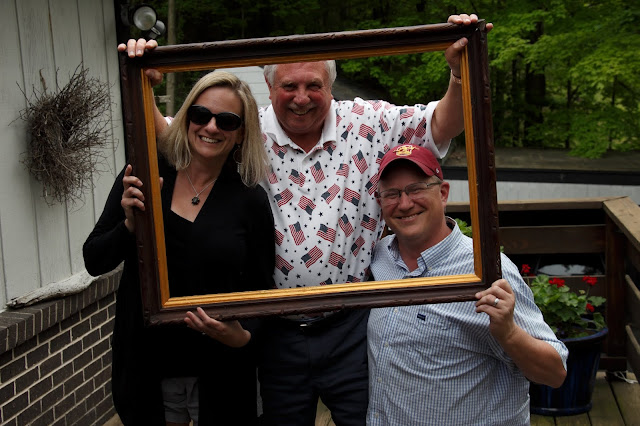 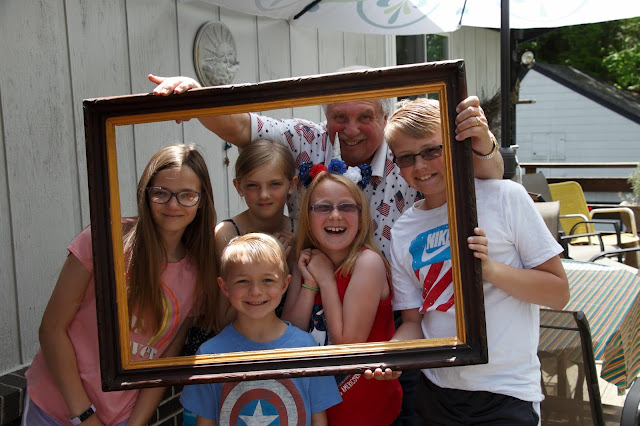 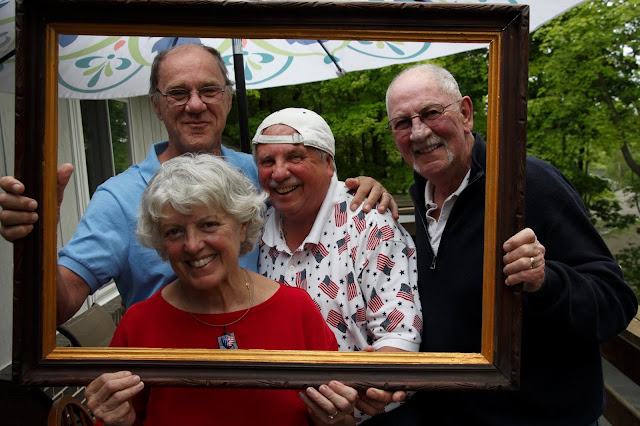 Every year this group all has birthdays within four months of each other and this year they all turn the big one.  The number that's kind of hard to say because you can't believe it came so fast. 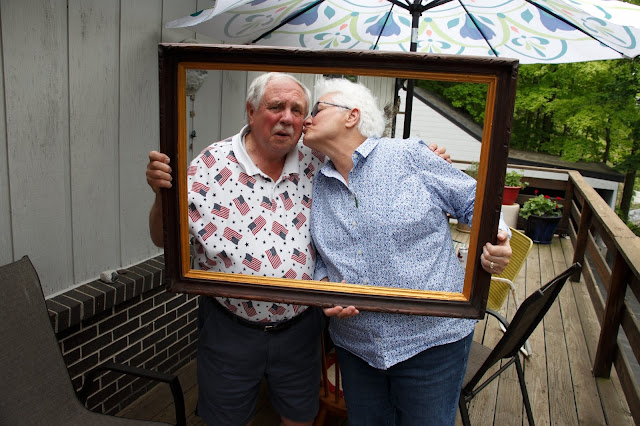 But it did come, along with 45 years for us together. 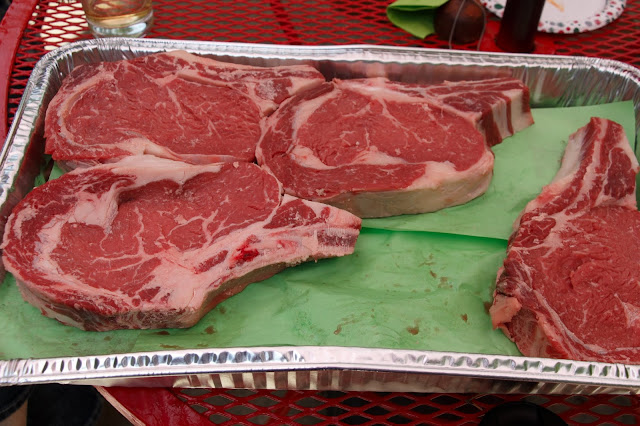 We chose thick, tender prime rib steaks for everyone, what the butcher called Chicago cut because they are 1.5 inches thick.  If they were two inches thick they'd be called Cowboy steaks.  Either way, Chicago or Cowboy, they were tender and delicious and a true indulgence. 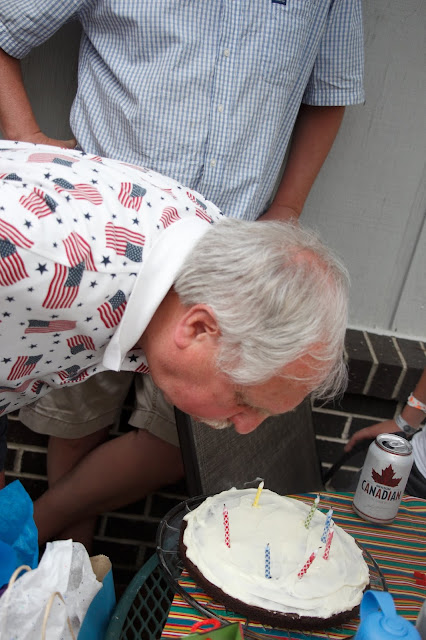 We used a blow torch to light his candles but opted not to put 70 candles on his brownies, there just wasn't enough surface!  It was a day to really celebrate PH.

It was a surprise to see that a few weeks have gone by since a posting but it's been a busy few weeks with end of the school year activities with the grands.  There are soccer games, tennis matches, 5k races, and the music concerts.  We try to make it to at least a representation of something for each of them. 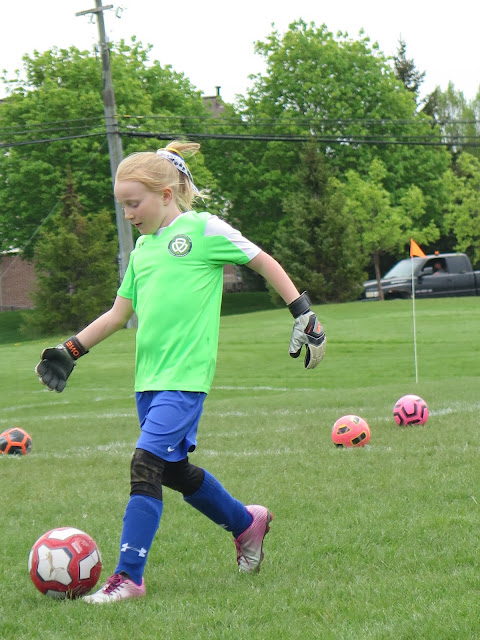 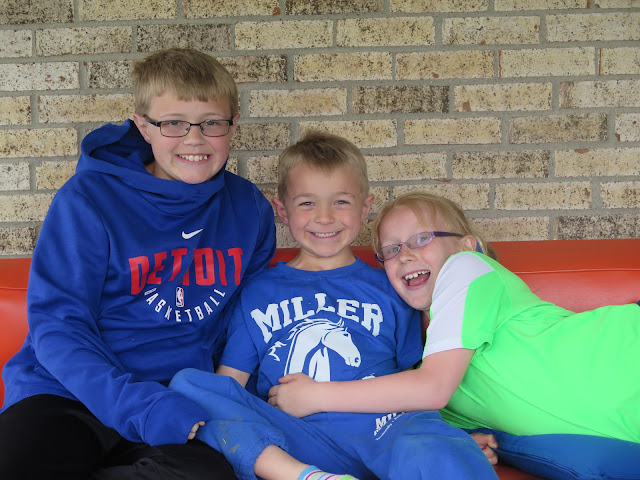 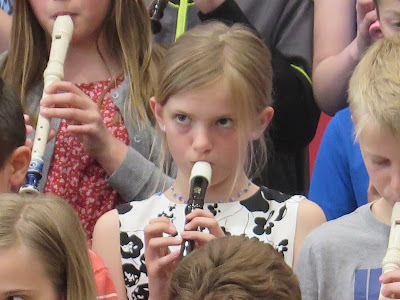 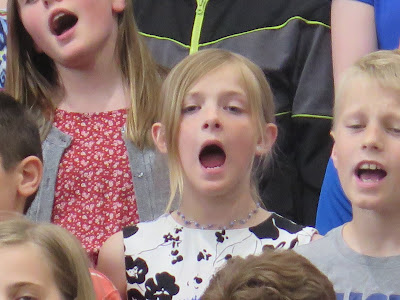 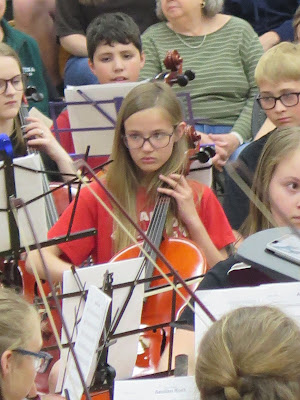 
There are a lot of stories out and about now set during World War II and more and more so they are the stories of the innocents, the civilians, the mothers, daughters, children and elderly. These are the people that war happens to and somehow they have to find the strength and fortitude to survive it all.
When I read Correa’s The German Girl I said that I learned something I didn’t know (there’s a lot I don’t know, of course) and that was that a refugee ship was sent with close to a thousand refugees looking for exile in Cuba. Cuba wouldn’t take them. Neither would the United States or Canada. The refugees were sent back to Europe where people were dispersed among countries at war.
That ship is in this story, too, and this book is based on a true story. Julius and Amanda Sternberg have two daughters to protect from the encroaching Nazi power. Julius is a Jew and is taken prisoner. Amanda looks Aryan and is for the time safe, given just a glance when confronted. But Julius knows their children are not safe and while in prison he arranges for the girls to take passage on the ship headed for Cuba while Amanda is wait for them with the wife of a friend in the south of France. But it is while she is putting her very young girls on board the ship that she makes the decision to send just one of them.
Amanda and Lina, who is just four, make their way to their refuge and hope to hide and wait out the war. But once again, Amanda is caught and sent to a camp and must make another choice.
This story is about caring, strangers, choices, sacrifice, redemption, faith, hope, courage. While using the story of a survivor to inspire this one the author put a mirror up to our face and asks the questions of our own courage, how far we would go, how much we could endure.