OK, you're all finished wishing Charlie a happy birthday  and it's been awhile since I've blogged.  But we've been busy.  We've gone to friends' house for dinner, took a few days and went to Illinois to visit relatives and worked at putting the pots away for the winter and now it's time to think of Thanksgiving next week and are slowly dragging out bits and pieces of Christmas decorations and baking for the freezer. It adds up and sometimes the nap just sounds good.  You know how that goes.

There hasn't been much quilting done but I have been in a mood to prep some things for finishing.  Sometimes you just have to clean up the small stuff. 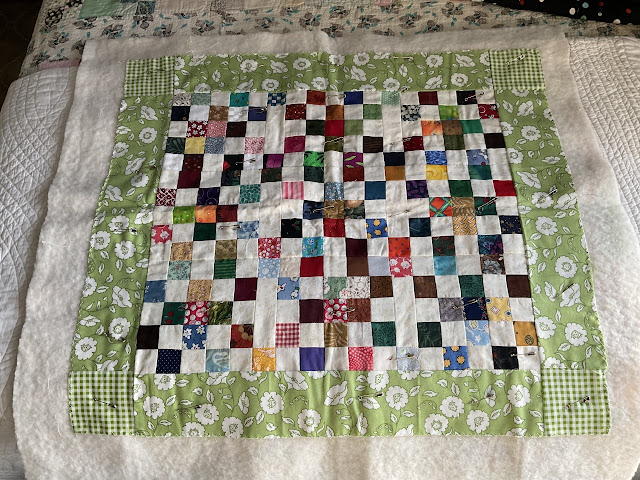 Many years ago Friend Sally was cleaning out.  She brought a couple of tubs to  a meeting and a couple of us went through them.  I've had these pieces and parts for years and decided to just put them together, not caring or spending time being fussy with them.  At least now they aren't pieces.  Don't look too close.  I discovered things after they were put together and was NOT going to take it apart and no, I don't care.  It's not big, it will probably have a plant or lamp put on top when it's done. 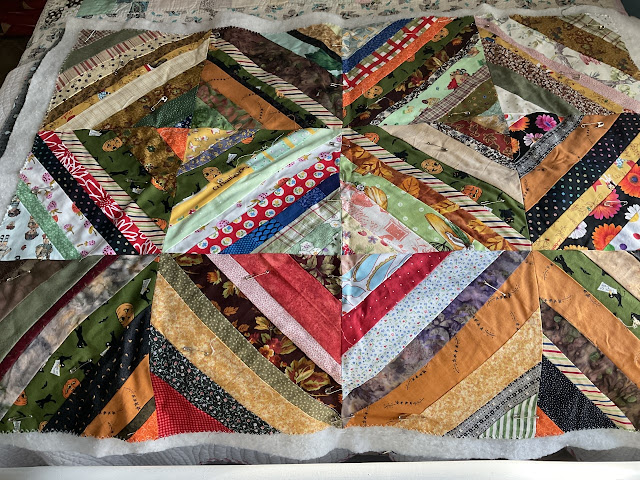 I had some strings left and somewhen I put them together and decided next fall I'll put it on a table and put a plant or lamp on top.  Another utility clean up. Again, at least it's not in pieces and will be used. Maybe under dishes on a buffet table. 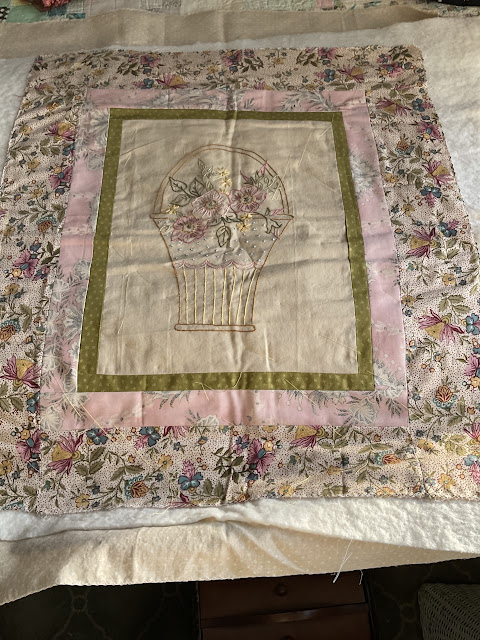 I layered the basket 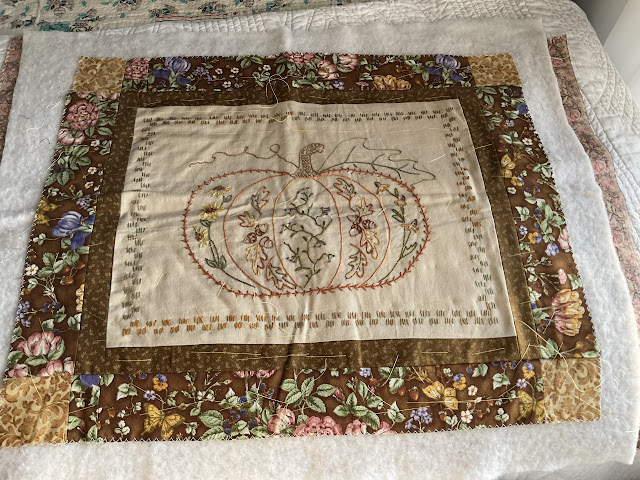 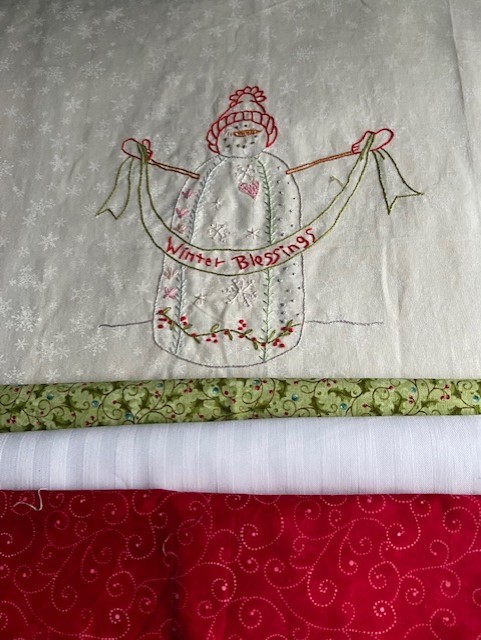 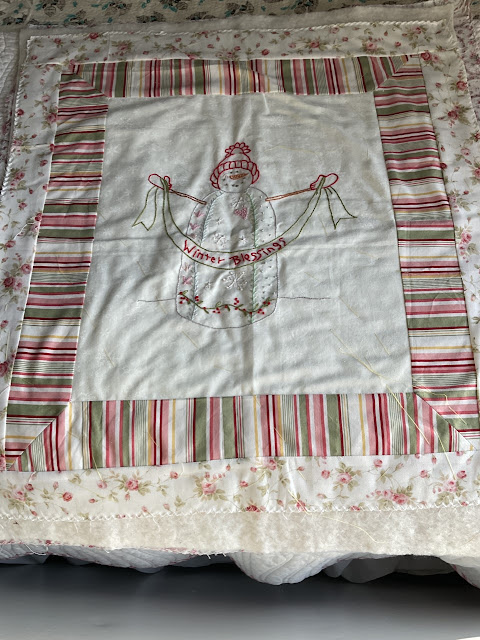 So in the middle of one night I went rummaging in the stash and found just barely enough of the stripe, which works MUCH better.  I added the rose border because I started seeing pics of roses pop up on the blogs of those of you who live in Australia and decided that roses in winter are a thing.  Somewhere. 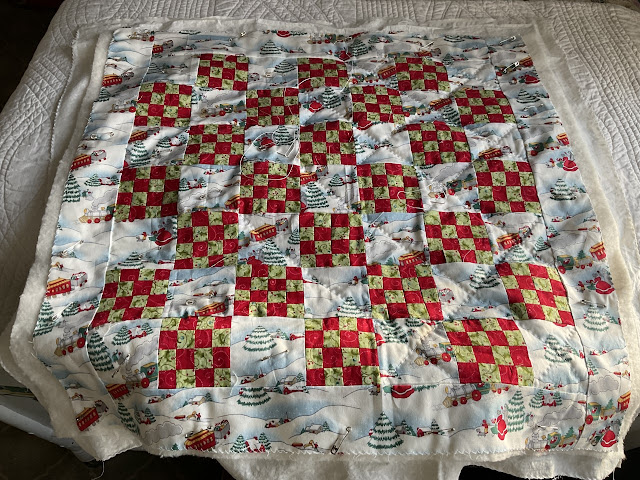 THIS is what I did with those bitsy squares I made for the snowlady.  I put too much angst and naughty words into making these squares to not use them on something and remembered in the middle of another night I had this winter fabric - again something I've had for so many years I can't remember when I bought it.  I started to quilt it last night because it might just be done in another day and hung on a wall for this Christmas season. Definitely too bright and bold for that little embroidered snowlady .